Nothing to hide? It’s none of your business. 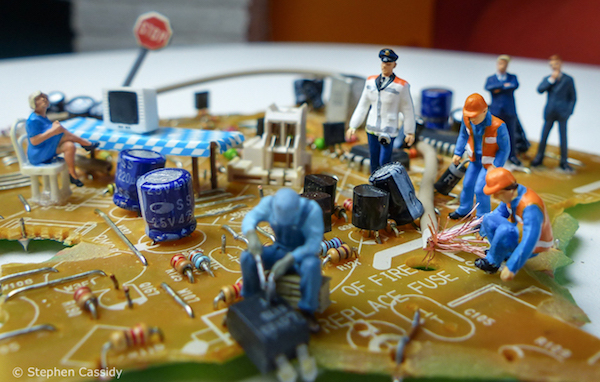 Two weeks ago the Dutch lower house passed a mass surveillance bill. This new law means that they will use a dragnet to collect all of our data in case someone commits a crime or terrorist act.

The information collected through mass surveillance can also be passed unfiltered on to foreign governments without taking the consequences of such actions into account. I used to think that the Dutch where the cool guys of Europe, leading in the internet neutrality laws. Yet now they think that mass surveillance and data collection is the way to go. #dragnet

In 2016 we had 119 incidents where Dutch town halls lost public information to hackers or via stolen or lost laptops. Also in 2016, from the 1816 government websites less than 44% had secure connections and 108 of those website with https where configured wrong. Honestly, I don’t trust the government with my information. Not just because I find it unethical and totally out of character for the Dutch government, but because of the fact that they keep losing our information and are also not looking into the near future, where huge amounts of data will be connected to newer and different databases, producing profiles with unforeseen consequences. This information can also at a later date be analysed for certain patterns. History shows that the idea of protecting people can, in the long term turn out to be more damaging. #security

For a moment, put yourself into the shoes of a teenager who gets a Facebook friend request from his or her mother or school teacher; yuck! How they would feel being watched or afraid in case their friends sees embarrassing posts from mom. Will we have that feeling of being watched over our shoulder or will we just get used to it and think nothing about it because countries like NL, FR, UK and US already have all of our information so it doesn’t matter because they're just looking for the bad guys. Or will we adapt and protect ourselves. #privacy

Most of us are law abiding citizens and you could say that we have nothing to hide. In general most of us don’t, and when asked, most people say “I have nothing to hide”. A lot of people don’t seem to have a clear idea what privacy is. I looked up the term privacy: “The right to privacy refers to the concept that one's personal information is protected from public scrutiny" or put a simpler way; the right to be left alone. Privacy is a fundamental right. So what I think people actually mean is: I don’t care as long as it doesn’t affect me, or they have nothing to hide until something goes wrong.

A big problem with privacy is that it can be compromised without us even knowing about it. If I am correct it takes the average company about 200 days to find out that they have been hacked or to find that information has been leaked.

What's going to happen now. Well short-term we might see self-censorship but looking forward I foresee the people will educate themselves on using VPN's, mail encryption, PGP (getting easier to use) and take steps to protect themselves against unethical mass surveillance of governments, data collection companies and ransomeware bandits.

No I have nothing to hide but it’s none of your business anyway.